ROSSIA Board of Directors

Meet the ROSSIA Board of Directors

ROSSIA is governed by its Board of Directors, an active and involved group of Alaskans representing a variety of professions and diverse interests in the field of historic preservation. 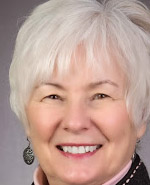 Dorothy is a lifelong educator and a retired assistant professor of English for the University of Alaska at the Kenai Peninsula College campus. She is also a lifelong member of the Russian Orthodox Church and serves as the secretary of the Kenai Parish Council. Dorothy helped initiate and direct the 1998 restoration of the Russian Orthodox rectory in Kenai, the 2008 Save America’s Treasure Grant to preserve the Holy Assumption of the Virgin Mary Russian Orthodox church, one of Alaska’s National Historic Landmarks; the 2019 St. Nicholas Chapel restoration in Kenai; and the 2020 Holy Assumption of the Virgin Mary new roofing project. She has served on ROSSIA’s board since 2008, first as treasurer for 12 years and is now excited to serve as chair. 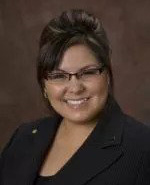 Angela grew up in Tatitlek, Alaska and is a tribal member of the Native Village of Chenega. Her educational background includes an MBA and master’s degree in Project Management. She now lives in Anchorage and is the Director of Shareholder Services for The Tatitlek Corporation. She loves her job that allows her to be a part of cultural preservation projects and community development, including the renovation of the St. Nicholas Russian Orthodox Church in Tatitlek. Angela has served on the ROSSIA board since 2014.

Tanya is Alutiiq and Inupiaq with family from Nome and Tatitlek, Alaska. She holds a master’s degree in Public Administration with an emphasis in Policy Analysis from the University of Alaska Anchorage and is a graduate of Alaska Pacific University’s Alaska Native Executive Leadership Program. She owns Frontier Solutions and provides government relations consulting services to local companies. Her work experience includes government relations, marketing and business development. In her free time, she enjoys walking her dogs, traveling, and touring national monuments and parks. 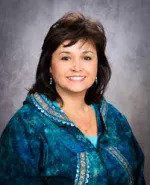 Sheri is the Chairman of the Board of the Chugach Alaska Corporation since 1998 and has served on as Chairman of ROSSIA Board of Directors since 2004. She grew up witnessing the passion and diligence it took to build the Saint Innocent Cathedral in Anchorage, a 50 year labor of love.  Sheri is a member of the Orthodox church and values the rich cultural heritage of orthodoxy. She is currently serving as chair of the University of Alaska Board of Regents. 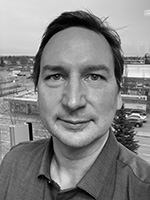 A father of two fifth generation Alaskans, Jobe grew up in Chugiak and went on to Montana to study architecture. After being awarded best master’s thesis in his class, receiving the Alpha Rho Chi medal, and interning in Montana, Jobe returned to Alaska to practice architecture in his home state. Jobe loves designing and specializes in high performance energy projects, historic preservation, and community service projects. When he is not thinking about Architecture, he is helping his wife Michal through her own graduate program, gardening with his children, and enjoying Alaska’s seasons. 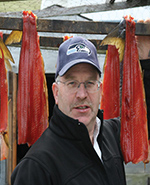 David has been the Lands Manager at the Ounalashka Corporation in Unalaska since 2003. He also served as the fire chief in Unalaska from 1979 until 2003 (24 years). A wonderful partner to our Board, he brings knowledge and expertise of the Unalaska region as well as an energy for the work of the mission. David joined the ROSSIA Board of Directors in 2014. 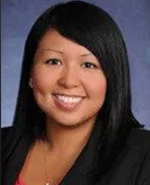 Vanessa grew up in Port Graham, Alaska and is a tribal member of the Native Village of Port Graham. She now lives in Anchorage and is an attorney at the law firm of Davis Wright Tremaine. Her background also includes a master’s degree in Rural Development from the Univ. of Alaska Fairbanks. Vanessa values the culture and heritage of Alaska’s communities and its people. She looks forward to serving on the board of ROSSIA and promoting its mission. 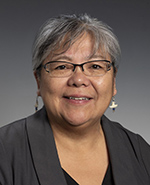 Okalena Patricia Lekanoff-Gregory is an Aleut born and raised in Unalaska, Alaska. Patty has a B.A. in Rural Development, as well as an A.A.S. in Paralegal Studies and in Tribal Management. O. Patricia has served on the Holy Ascension Cathedral Church Council with her late dad, Starosta Nicholai S. Lekanoff. She and Nicholai also served on the Holy Ascension Cathedral Restoration Committee whose mission is restore this historic Cathedral. Okalena serves on her village corporation board and has served on her Tribal Council as well as the regional non-profit in the past. O. Patricia is currently the Administrator for Aleutian Pribilof Islands Restitution Trust (APIRT). O. Patricia learned the art of bell ringing in her cathedral from her late dad; she now teaches her nieces, nephews and great-nieces and great-nephews.

O. Patricia is married to Starosta David M. Gregory who is also on the ROSSIA board; they have two adult children together, James David and Delores Jane. 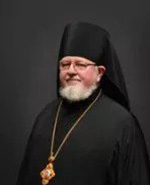 We are heartbroken to announce that our beloved Archbishop DAVID passed away on November 27, 2020, after a short battle with cancer. May God rest his soul. To read more about his life and his accomplishments, please go to: https://www.oca.org/in-memoriam/his-eminence-archbishop-david 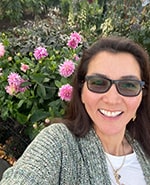 Mary Sattler Peltola is Yupik Eskimo and lives in Bethel, Alaska. She was raised on the Kuskokwim River in Kwethluk, Tuntutuliak, Platinum and Bethel.  Mary served five terms (1999-2009) in the Alaska State House of Representatives serving the Bethel area (and Bristol Bay/Nushagak villages from 1999-2003). She has worked for a large proposed mining project near the Kuskokwim River, and as a state lobbyist.  She is currently the Executive Director of the Kuskokwim River Inter-Tribal Fish Commission, a consortium of 33 federally recognized tribes.

Mary is married to Gene Peltola, Jr. and together they have seven children, and one granddaughter.

Are you interested in joining our Board of Directors?

We are always looking for preservation-minded Alaskans to serve on the ROSSIA Board of Directors. Please enter your information below and a short message about your interest in Board membership and we will respond shortly.